If you want to choose a breed of the cow for your farm, then you come to the right place. In this article, I will provide a list of 10 of the best small cow breeds in the world. Enjoy it!

Certainly! First, you need to figure out what is mini cow breeds and their advantages.

A miniature cow breed is similar to having sheep as a pet, with the added advantage of getting milk.

It stands at 48 inches or less at 3 years of age. Normally, miniature cow breeds range from 32 inches to 48 inches. If you still can not get my meaning, let me put it another way.

Compared to normal cows, only one-third the size.  This means they only require 2.5 to 4 acres of grazing land. Even smaller!

OK!  Let’s take a look at 10 mini cow breeds that are perfect for life on your small farm. 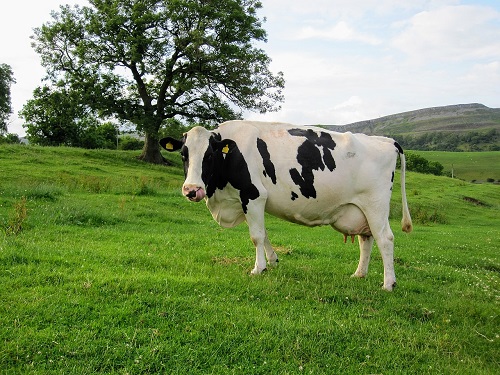 Holstein cows are a breed of dairy cattle that originated in the Dutch provinces of North Holland and Friesland, and Schleswig-Holstein in Northern Germany.

They are known as the world's highest-producing dairy animals. As a result, Holstein's milk is considered of the same quality as its bigger counterparts. This breed is among the popular breeds out there. 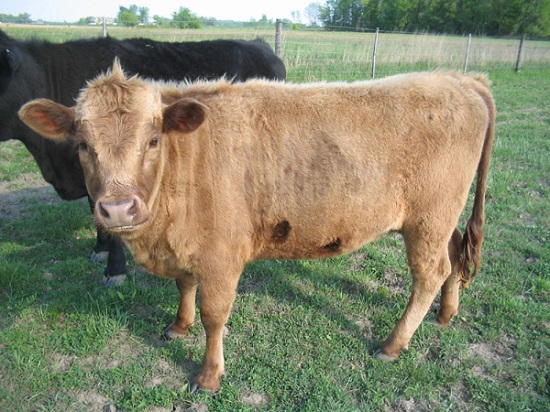 Dexter cattle are a breed of cattle originating in Ireland. They are one of the smallest cattle breeds in Europe about one-third the size of a Holstein Friesian milking cow.

If you want to ask me, "which cow has the best quality milk?" Everyone's answer is different. I think dexter cattle make ideal milk cows.  If your farm is small, they are perfect for your farm, are great milk producers, and can easily be kept with sheep. 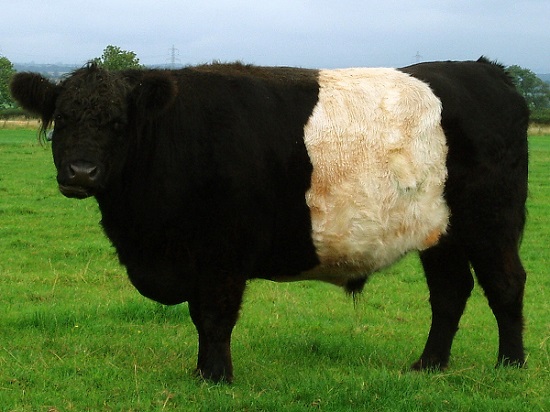 Miniature Belted Galloway is a breed of mini cattle originating in Scotland and is a traditional Scottish breed of beef cattle. It is adapted to living on the poor upland pastures and windswept moorlands of the region.

As far as I know, the Belted Galloway is one of the oldest cattle breeds in the world.  They come in several colors and feature a white belt. 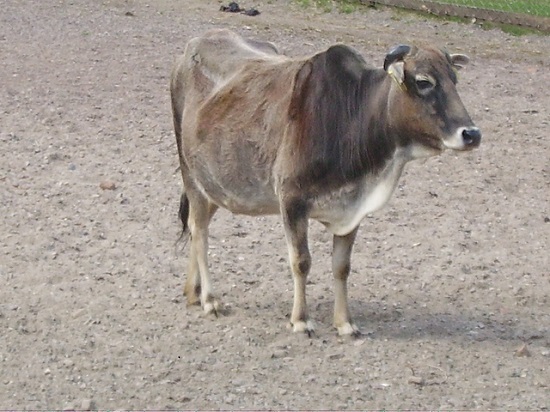 Miniature Zebu Cows date back to 6,000 B.C. Originally from South Asia, these small cows are a modern American breed of zebrine miniature cattle.

Normally, cows range from 300 to 500 pounds when mature and bulls reach between 400 and 600 pounds. A Miniature Zebu Cows is not hard to care for and will take only a bit of land. 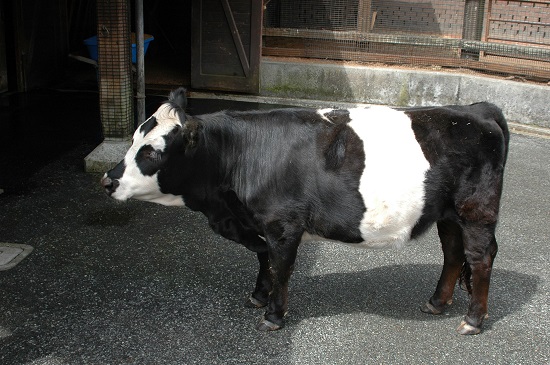 If someone said to you, “do you know what is panda cow? " Don't be afraid to say no, most likely many of your friends do too.

A panda cow is a breed of miniature cattle with markings that resemble those of a giant panda. So it is considered a very rare breed.  Due to their rarity, some people think their calves can sell for $30,000.

Like China Panda, Panda cows have black ovals around their eyes and a face and belt of white. This is where the panda cow's name comes from. 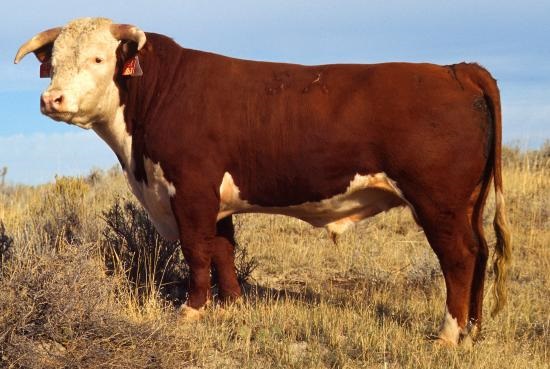 The Hereford Cattle is a British breed of beef cattle originally from Herefordshire in the West Midlands of England. An advantage of tending the Hereford cattle is that it will take only a bit of land.

I believe this breed of cattle is easy to tend to as they only need a small farm. But it provides up to 75% of meat. Very Perfect! 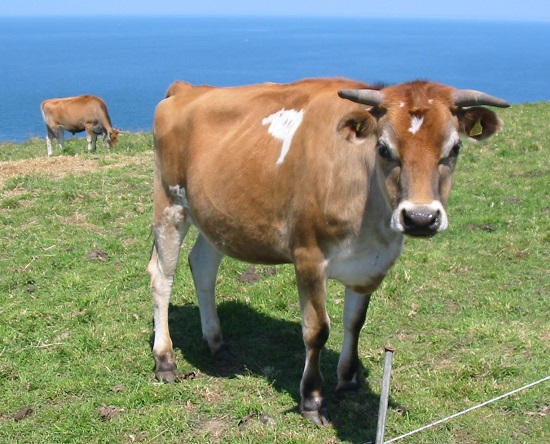 The Jersey Cow is a British breed of small dairy cattle from Jersey, in the British Channel Islands. It is one of three Channel Island cattle breeds, the others being the Alderney – now extinct – and Guernsey.

Although Jersey cows are mini cow breeds their milk is highly productive – cows may give over 10 times their own weight in milk per lactation.

The Jersey Cow's milk is high in butterfat and has a characteristic yellowish tinge.  And it has been exported to many countries of the world. 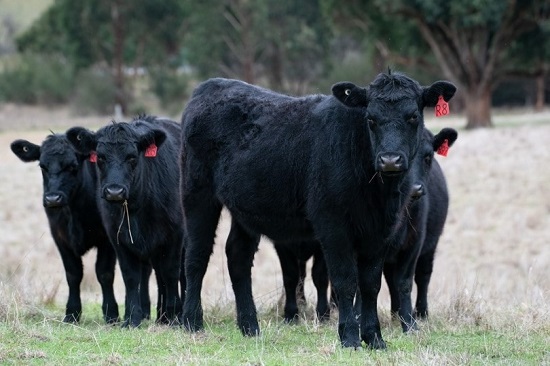 The Lowline Angus is among the smallest breeds of cattle but is not a dwarf breed.  It is a modern Australian breed of small, polled beef cattle.

Cows weigh between 650 and 950 pounds. The bulls weigh 950 to 1350 pounds. Compared to other mini castles, the Australian Lowline is docile. 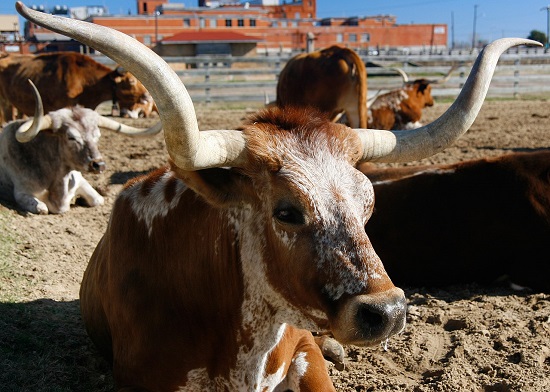 image credit: David (longhorndave) - Flickr
The Miniature Texas Longhorn is a breed of cattle known for its characteristic horns, which can extend to over 8 feet (2.54 m) tip to tip for cows and bulls.

It derives from cattle brought from the Iberian Peninsula to the Americas by Spanish conquistadores. They have a higher tolerance to heat and drought than most European breeds.

Compared to other cattle, the Texas Longhorn is considerably smaller than its full-sized counterparts. They are recognized as quality meat cattle.

It is a hardy breed, able to withstand the intemperate conditions in the region. It is reared primarily for beef and has been exported to several other countries.

If you have a  small farm, small cow breeds are perfect for you. Why? Because I think handling and caring for a small cow breed is safer and easier than regular-sized cows.

Don't you think so?